Happy July & August. A little something on why we started selling Ghostnote directly from our website and whats coming in next major release. 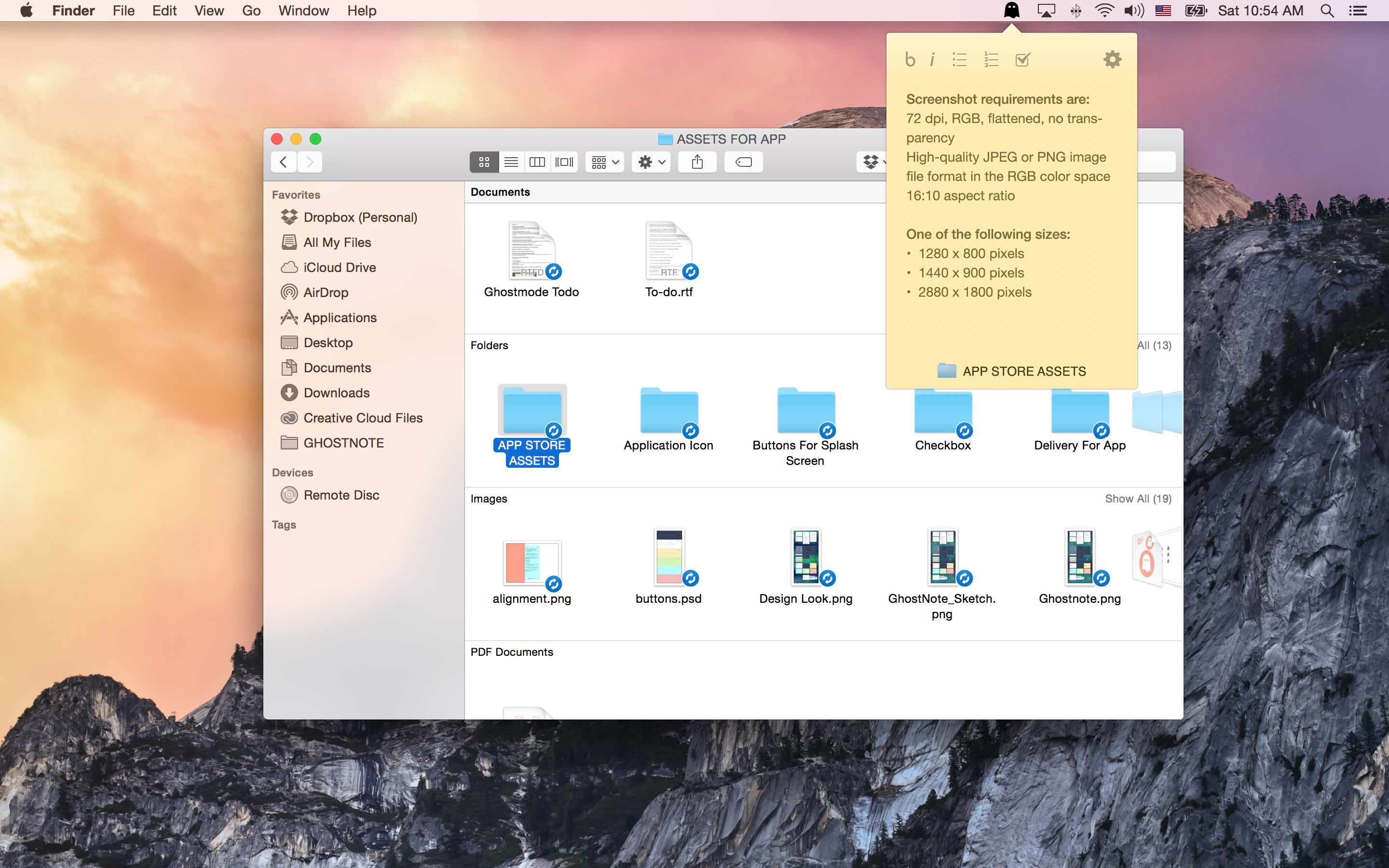 It’s August. The seventh month and according to Buddhist and Taoist tradition also called Ghost Month. In some parts of the world people are coming back from vacation in others they have just started. No matter where in the world you live, being productive is always going to be at the center of your attention.

For us that is no exception and we have been hard at work further developing Ghostnote which among other things means we started selling directly from our website. This has spawned confusion from some of you so I would like to spend a little time mitigating that. The best way I know how to do that is to present it in FAQ format, so here goes.

Why did you start selling directly from your website and not just from the Mac App Store (MAS)? We can offer trial versions. We can offer faster development. We have a better channel to communicate with our customers. We can distribute it more widely and we can offer a version that fixes the gear issue some our our Yosemite users are experiencing with the MAS version.

I bought a version on the MAS but would like the non MAS version instead. Will I have to pay twice? No. You just send us a screenshot of your app running or a screenshot of the receipt from iTunes and we will send you a coupon allowing you to switch the version.

Is it true that you have to rate the app or like it on Facebook before you can use it? No it’s not true and I frankly don’t know why some Mac App Store reviewers claim that and has given us a couple of one star reviews. This hurt our overall rating quite a lot and is frustrating especially since it’s not true. You can simply click anywhere outside the window and it will disappear and not show up again unless you select About Ghostnote. We are working on an update that will completely remove that splash screen to avoid further misunderstandings. In the meantime if you want to help mitigate this and is happy with Ghostnote, please write a review on the app store.

I already used the 7 day trial but I am still not sure if I want to buy it. Any flexibility there? If you are still considering buying Ghostnote but would like to try it out some more then send us a mail at support@ghostnoteapp.com

Will you continue to develop both for MAS and non MAS?We frankly aren’t 100% sure yet. It depends on whether Apple continues to force the Mac to be more like the iPhone which would mean an end to any innovation on the mac. However rest assured that if you bought an app store version and we decide to discontinue it you will be able to transfer to the non-MAS version at no addition cost.

Hope this answers most of the questions. We have also updated the FAQ answering a few more less frequent but still important questions. If you still have unanswered questions don’t hesitate to mail us at support@ghostnoteapp.com.

Availability – Ghostnote is now available directly from our website. We have also made it available for several other distribution channels such as MacUpdate.com and Download.com.

As mentioned in previous updates Team Notes are going to be the next major release. Besides that we will also try and squeeze in support for integration with more apps beside Evernote.

Ghostnote for MS Windows. We are still working on making Ghostnote available for Windows and hope to have something ready by Q3. We already started sketching and have started development. If you are a Windows user and want to become a beta tester, mail us at info@ghostnoteapp.com.

And last but not least. We are a small independent developer trying to build a kick ass product. Besides buying our software, one of the best ways to keep us in business, so we can keep support the development of Ghostnote is to give us a review in the app store and share Ghostnote with your social network.